Olot, 1991 (@aliciavogelvogel)
Alícia Vogel, multidicliplinary artist born in Olot, graduated from Music Primary Education also studied music at the conservatory. After a period of time working in Leipzig (Germany), Alícia moves to Barcelona where she graduates from Fine Arts specialised in engraving and screen printing. Her final degree project, Jusqu’ici tout va bien, was acquired by Patrim (Universitat de Barcelona’s patrimonial funds), and exhibited afterwards at Museu Can Framis (Fundació Vila Casas) in Barcelona. This same project got her to obtain an extraordinary prize with an exhibition in Japan (Tsukuba Museum of Art) being awarded with a grant by the Cultural department of Japan’s Government.Vogel’s artwork hides a deep universe fill with symbolism, giving a raw and striking aura.

Her work focuses on illustration on paper, but she also uses textile as a medium, understanding it as another meaning itself that amplifies her work’s narrative. Vogel’s pieces have been exhibited in different galeries and spaces in Barcelona (La Plataforma, Tinta Invisible, Garage Beer Co., Museu Enric Monjo, La Pedrera Casa Milà with PedreraArtlab, among others). She has also collaborated with other disciplines projects such as designing fim credits (Manson for Acne Studios and Arquitectura-G), or designing and producing textile pieces for videoclips (singer Anaju) and clothing brands, among many others.


Search for artworks by Vogel 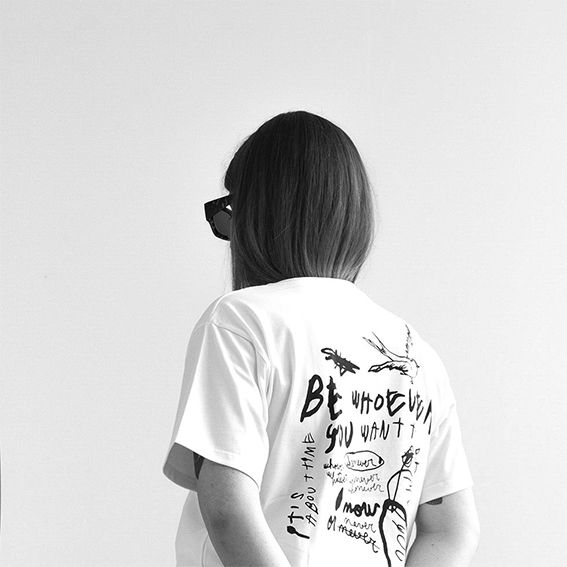