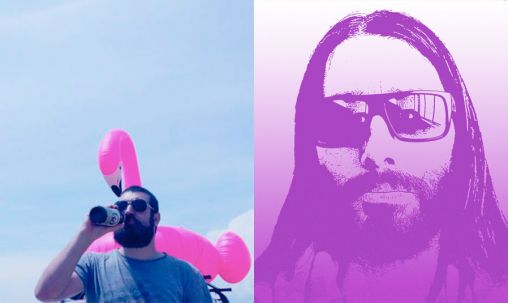 Barcelona-based Sheffield son Fitzroy North is an aficionado of early drum machines and obscure defunct synthesisers, Fitzroy North a.k.a. Tom Watt lives by the Mediterranean, his agoraphobic and anti-social tendencies exacerbated by the sheer quantity of time spent hunkered down in his studio.

When he’s not exploring the outer reaches of electro-funk, Watt earns a meagre living from the royalties off of sine waves sold to telephone exchanges and lift manufacturers.