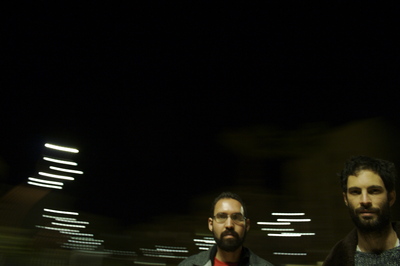 A ballad, a texture, drones and improvised passages. A chaotic and warm sound. A garage band without a bassist. The exploitation of sound as an object of desire. Dealing with all the forces of generating ideal lullaby to wake up.
The result is Etermortifera. A project made from the year 2006 in Barcelona by Gabriel Millan (vocals, guitar, charango, percussion, synthesis) and Martin Del Litto (guitar, effects, sampler, violin, toys, percussion).
In 2007, the band released the album independently "Red Hope ", a handful of ballads and passages of free improvisation presented in traditional packaging.
The band present a re pertorio topics including his album "Red Hope ", released in late 2007, as well as new tracks from his forthcoming album, which will be released in 2008