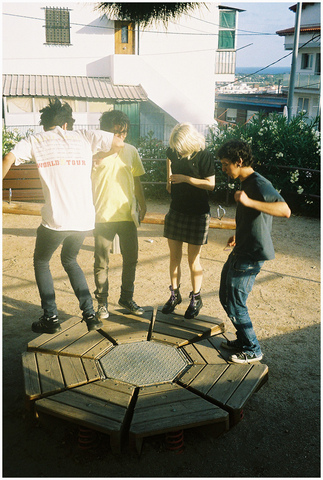 Der Ventilator: From Barcelona with this band we are shameless, self-centered rather relaxed, fun and outspoken. With a demo available on CD and cassette surprisingly, for nothing is a conventional group. His music is a beautiful chaos of noise, electronic databases and adrenaline, which operate at the same time or influences of Dadaism, math rock and hardcore with ease. They recognize that their songs refer equally to Arab on Radar and Kraftwerk, and sometimes sound like an experimental version of Alec Empire and Atari Teenage Riot.
They come to present their first ep: "You can sleep when you are dead ".
http://www.myspace.com/derventilator