Bradien + the sound of lucrecia

Bradien was formed in 2005. Since then have released \ "Minoi Tiare \" a CD with 9 songs and a 7 "shared with the Scottish group shared Dosimat.Han concerts with people like Yeun Shiu-Hui (Maher Shalal Has Baz) Tom Brosseau (Fat Cat), Yo La Tengo (Matador), Jahbitat (Nosordo) or STA (Poprebop). During the last months of 2008 have recorded together Simon Walbrook or - one of the producers of \ "The Return of Dr. Octagon \" - new songs that will be published during 2009. www.bradien.net / www.myspace.com / Bradien

The Sound of Lucrecia (Colombia)
Lucrecia Pérez musical project between his pitches is the most important Like Being Home, a free download EP under the Colombian netlabel Series Media (www.seriesmedia.org), their live is done by itself with the guitar, midi controllers, instruments and computer. The songs are built sequentially and progressively, as is recording loops and structured melodies and rhythms in the presence of the public. In this regard, a presentation of Lucretia is like attending au No musical laboratory, where the force, the voice, the guitar make the public feel that the music came from somewhere in his memory.
www.myspace.com / thesoundoflucrecia 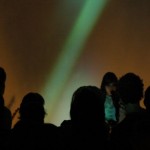 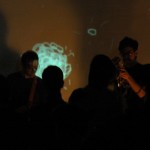 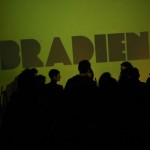 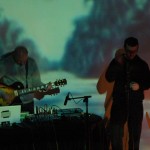