On this special evening will begin with Sebastian Schmidt presented a retrospective of his films (2002 to 2007).
Then we have the pleasure to enjoy electronics along with the visual NIKKA ALBA G. CORRAL.
In closing, listen to new material equipment submitted together with the visual MIPRIMERDROP

Sebati Inclan SCHMIDT (retrospective of short films)
NIKKA
Nikka is the revelation of the Barcelona underground. For those who do not know, this lady of frail and shy artist is a weapon to take. Their sound, twisted, dark, strong, finally materializes in his first solo album \ "Isotope \" published in his own house, Lovethechaos. His style is close to the genres of electro, general electronics, IDM i the noise.
Has played or performed live in halls Moog and the Board, the Apolo [2], the OFFF Festival, the cityhall in Niu-Bcn, in CaixaForum, the Ateneo de Banyotes, the factory Celrà (Girona), at Café 1001 (London), 93East London, the festival Femelek (Convent de Sant Agustí), among many others. He is also cofounder of the shop which was the first independent online electronic music tooth in Barcelona, POLITRONIC.

ALBA G. CORRAL
Creative visual code based in Barcelona, use the real-time programming to create digital landscapes. Develops visual programming tools that seamlessly controls. Combines form and technique, getting narratives create atmospheres q EU expresses sensitivity and taste for color. She has come a long way linked to digital creations. His research focuses on the creative generative art real.Actualmente time his tool of expression is the programming language processing. Visualp5.net community has created a space to share and learn everything about the world the processing and visual tools code. Combines live performances with courses and workshops on this material. She teaches programming at the Instituto Europeo di Design and works as a programmer in the study of Valencian designer Javier Mariscal.

He has performed in Femelek, Zentraus, parties lesfatales (KGB), Fellini, Mostra Sonora Visual, CaixaForum and other working spaces, among others, with musicians of the current electronic scene as trees or occasionally Nikka ... Responsible for the visual ambience of Niu Sunday.

TEAM
Cristóbal Saavedra aka Team is a musician who has experimented with electronic media and has released albums with a steadily since 2004. Noted for its volcanic and publications directly for netlabels and Rodoid Pueblo Nuevo, which has defined an approach to electronic music with intimacy and austerity.
Saavedra has worked in other branches of art such as cinema, theater, dance, visual arts and visual arts, presenting work regularly in various formats in concert halls and festivals.

MY FIRST DROP
Txalo Toloza-Fernández aka MY FIRST DROP. Video artist, performer, vj and exhibition. He specializes in work aimed at creating visual arts and live sessions.
Among the projects des overwhelmed in recent years highlight the Audiovisual performance of the performer shows Sonia Gómez, audiovisual sets that accompany the equipment and direct subATAK, the video installation \ "You are not here \" and the technical direction of \ "Rimuski \" and \ "Public Domain \" the playwright Roger Bernat. www.m iprimerdrop.com 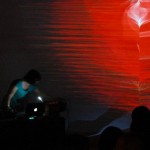 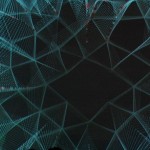 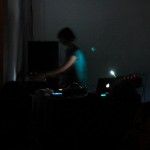 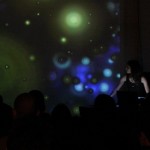