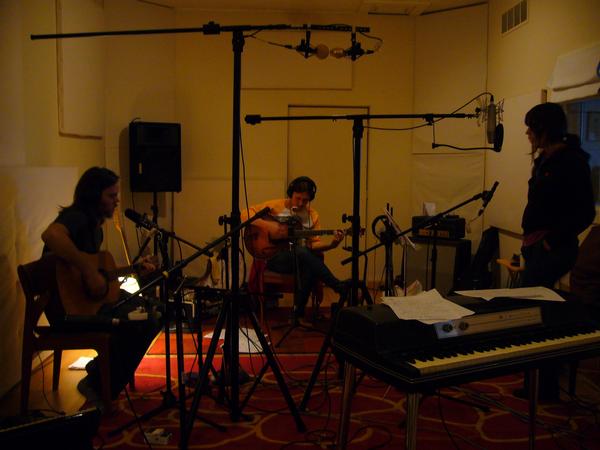 Come gather round us

Entry: € 5 general / 4 € members
Sebastian Catherine Feeny and Rogers, like many other couples over the history of music, they make their relationship transcends the sentimental leading the acoustic-tinged band (anti) political Come Gather Round Us, based in Portland, Oregon , USA.

Near the field of alternative folk tive, the style of the couple is a modern twist on groups of 60 and 70 as Simon and Garfunkel or Crosby Stills and Nash. Fusing message bluntly most delicate harmonies, the depth of their emotional connection radiates sensuality in exciting live performances.

Catherine and Sebastian have several solo albums released since 2000 until now and an album with his new project entitled Come Gather Round Us Remember Where UR (2008). During 2008 they plunged into a DIY tour that traveled 20,000 km in length and breadth of U.S. and played in more than 40 performances: some planned and others unexpected. Invited to play in living rooms, gardens, studios and shows do-your-self, these musicians erased the line that separates the artist from a gaping audience.

This fall will be on tour in England and we will have the opportunity to enjoy them for their special visit to Barcelona.

You can listen here: