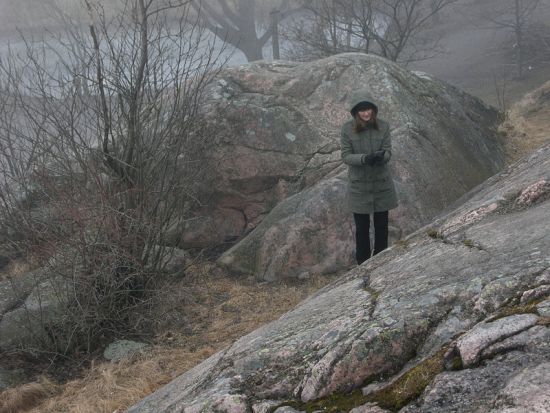 Samara Lubelski is a singer-multi-instrumentalist-sound-engineer born in New York. Aside from recording a diverse range of bands at the Rare Book Room Studios (Fiery Furnaces, Deerhunter, Magik Markers, etc.), and collaborating with several other artists both live and in studio (Matt Valentine, Metabolismus, P.G. Six, etc), she is now a full member of Thurston Moore's band. She played on the critically acclaimed "Trees outside the academy" and has been touring extensively with the band after that , both in Europe and the States .

She has released several solo albums primarily throught the Social Registry imprint. Just this august, she saw her first outing in 2 years "Future slip", be released on Ecstatic Peace, casting once again a lush list of guests including P.G. Six, Helen Rush or Steve Shelley from Sonic Youth; and described as follows by the blog Electronic Voice Phenomenon "Lubelski is a master of mixing the best of pop mores into her bubbling brew of mild psychedelia, with just a hint of folk. Her ideal of Future Slip has nothing to do with make-believe love but rather good music that deserves to be loved by you."

Kuupuu is a music project of a Finnish artist / musician Jonna Karanka. She's been involved in such psych-folk groups as Avarus, The Anaksimandros, Maniacs Dream, Kukkiva Poliisi, Lussu&Pami, Lussu ja Magneetti, Kermakolmio, Hertta Lussu Ässä, Thriller Bingo, Way Of The Cross etc.
Kuupuu plays partly improvised spooky boogie with tapes, loops, toys, casios, effects and voices. Her live sets are time travels through unfound galaxies, deserted huts, nightmares, dirty doghouses, sweet cakes and cranberry lakes - letting the melodies find their own ways and settle or unsettle in the whole.
Kuupuu has toured in The United States and in various countries in Europe.
She has supported Animal Collective on their European tour and played shows in such places as Stockholm's Culture House, Anthology Film Archives in New York, Avanto Festival in Helsinki and twice at the Colour out of Space Festival in Brigthon.