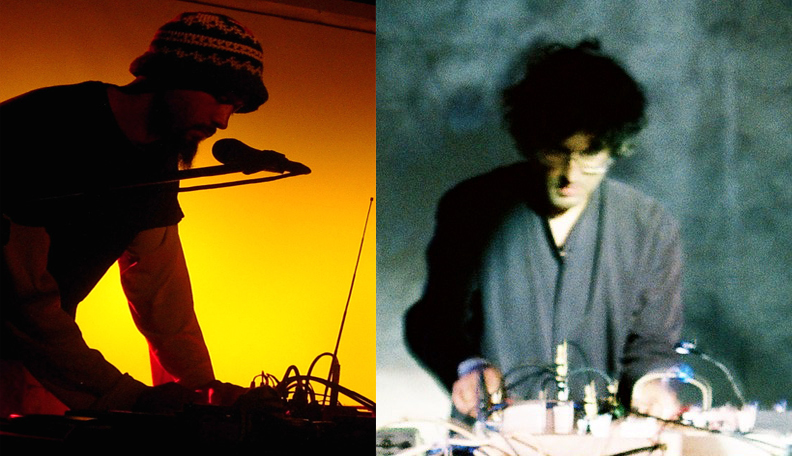 
Juan Matos Capote is an experimental artist, audio and visual, of the Canary Islands now living in Barcelona. In concert, uses electronic circuits has created and modified (toys, radios, oscillators, pedals) and field recordings. Many of its circuits are characterized by ale behave Atori, yet controllable, which means that their experimental sound elements coexist performances, improvised and structured.
http://www.myspace.com/juanmatoscapote

Leo Bettinelli. Based on improvisation and use of unconventional instruments and objects, he fell into a sound world of infinite possibilities, to enclosure to the musical unconscious and incorporated it into their lives both in the field of interpretation as well as in organizing various phases of experimental music in different theaters in Buenos Aires with the participation of noted figures in both local and international environment.
www.myspace.com / teroasustado Juan Matos Capote. He has participated in various music festivals and live radio. His last solo album, Jabal, was published this year by the Circuit label Torcato (Barcelona), and his previous album, The Subway Aural Recordings, a series of compositions based entirely on field recordings Subway New York City , fu and edited by Einzeleinheit in Munster, Germany.

He has shared the stage with artists such as Elliott Sharp, Blues Control, Mudboy, Arnau Sala, and so on. and teaches courses in Circuit Bending or modification of electronic circuits, having studied in the past with Reed Ghazala pioneer in Cincinnati, Ohio, USA. It is also the founder and programmer of HUM, Cicle d and Experimental So, which opens soon in the Chamber OFF THE Barcelona.

As a visual artist, his works have been exhibited recently in Dak'art OFF Biennale in Senegal and the PS1 Contemporary Art Center (MoMA) in New York, among others.

"Matos Capote's work is not exactly minimal but that influence is present. I Focuses on Constructing pieces from sm all fragments of sound ... Sound Placed into odd but clearly defined structures. "
(Drew Dahle @ AUXILIARY OUT)

"Jabal revolves around an ambient interplay between chance and determination, between human intervention and machinal initiative, between organic movement and strangely alien timbres."
(Tobias Fischer @ TOKAFI)

Leo Bettinelli
Released on their own 5-disc of experimental music as well as incorporating this modality into popular music and released two more albums of reggae (temples flying) and electropunk (karmanoise) as producer and instrumentalist on several occasions and presenting these works in direct o.

Once arrived in Europe also developed its facet as a photographer and performer, participating in several art festivals and exhibitions of photography, displaying his work in 3 areas: the musical, the photographic and performance.
www.leobettinelli.com.ar