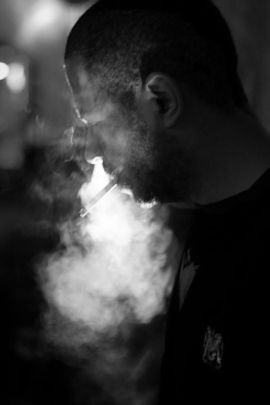 Adyo. Broken landscapes and atmospheres are what accompany this musician from Barcelona. Melodías ambie the Word and discreet electronic touches Indian flavor. Soundtracks Lover, with its music past attempts to incorporate these trips, lost loves, those intimate moments that you want to save in your memory. After several projects and soundtracks for plays, short films and have gone through the stamp collection Paradigma Musik "From the Deep & rdq uo;, now presents "Monique" new and first reference year for Pen Records. (http://www.pendriverec.com)
"Adyo harmonious moves on land, but is seen more abstract intention to you about international names such as Autechre" Javier Blanquez. (World - Trends)
http://www.myspace.com/adyosounds
V Visitor isual by VJs http://www.visitorbcn.com

Compütah.
After years of musical studies and a long list of bands, this founding member of the seal PENDRIVE entered the world of electronics in 1996. Shortly after he began buying records and ended up clicking on many of the clubs of Barcelona under his alter ego: lego. It was not long in getting the first devices to fret, but it was not until 2002 that came his current project. Gradually has achieved a distinctive sound that blends the IDM and electro, clearly influenced by many artists from labels such as Rephlex, Warp, Planet Mu, Merck, ...
In his music mix and dark pads sfixiantes bases with beautiful melodies and broken, recreating electronic environments that vj render the image makes its local directos.Ha acted as: Sala Apolo, Rachdingue, Plug Festival, Festival Sincronia, Niu, Gusto, Miscelänea, La Rotonda Beach Club ...
www.myspace.com / compütah