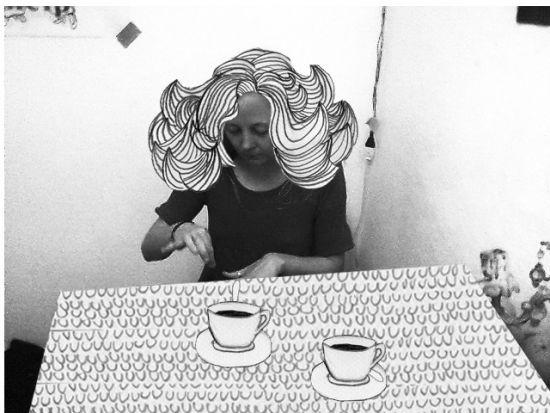 Miss Q is a singer, songwriter and Danish actress living in Barcelona. His first solo album, "Introducing Miss Lovely Miss Q ... Q" can be defined as the soundtrack to the life of a character who dreams day and night, night dreaming of the day. A character who frequents forest animals dancing hall, western bars wild, hidden theaters, ports and industrial vessels intimate concerts in abandoned factories. The character is called Lovely Miss Q and the places named are some of her favorite places. Miss Q has composed songs that sound at the head of the Lovely Miss Q Guillamino Catalan musician and has produced the disc. The end result is an intense mixture and mong the electronic and acoustic, and between the soft and strong. A search of musical contrasts that make rooms appear intriguing. Always to express the complexity of the character, their feelings and the world around him. Tonight Miss will play songs that are not on the disk but are linked with the character. And seguramen I have some surprises ... www.myspace.com / lovelymissq

Zink Tank are three people with training and different viewpoints. They are in Barcelona in 2005 and meet regularly to make projects, mainly musical, with an open and multidisciplinary format. For Zink Tank, music creation is as important as the conte xt, which is why his latest project "Album of Peter" is to develop a whole lp composing songs with friends who live in different cities (a project with Delivery Grant, awarded by l'Center d'art La Panera of Lleida). www.myspace.com / zinktank

Zink Tank in this concert featuring songs from "Album de Peter " from their previous lp "Radio SIS " (made for the radio program "Radio SIS " within the framework of project "Hem Pres Radio " CASM 2006) and possibly some of the songs that will come in next lp "Stupid Works ".