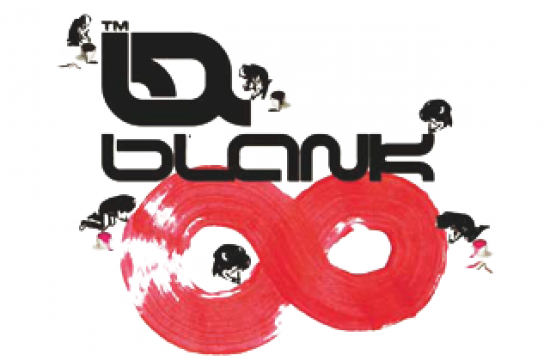 After Bestiary s. XXI, Blank magazine presents the number 8. A number without defined endpoints associated with the symbol of infinity and the eternal cycle of birth and destruction. The show gr & aacut e; fica accompanying Blank 08 expresses physically the plasticity of this number.

Eighteen rolls of 25 inches wide by 10 feet long have been painted so far by major artists from cities such as Madrid, Bilbao, New York, Los Angeles, Oregon, Tijuana, Buenos Aires, Amsterdam and Bucharest. Blank's team or s invited to the presentation and exhibition of their new number.


The number 8 has always seemed something special, plasticity and the clear lack of beginning and end, a number without defined endpoints, as well as its association with the command infinite and the eternal cycle of birth and destruction seen as a unit.
We wanted to accompany the graphic work on this occasion blank08, corresponded and physically showing the plasticity of that number, so we chose a series of rolls of paper that show that we can associate endlessly to 8 or command infi nito, have been painted by various artists in cities like New York, Oregon, Tijuana, Buenos Aires, Amsterdam, Bucharest, Madrid, Bilbao, Barcelona.
Each of the rolls measuring 25 cm high, 10 meters long, and after being exposed, guillotine and cut into pieces of 17 cm in width, is the work that you meet here.
Have a beginning and an end but which is never clear where it begins and where it ends, where are the ends, looking for that nonexistent meeting point where two spheres intersect.
The names of all participating artists will find them later and from here we want to thank you for both esf TRENGTH, because they are no longer paint the dolls in the 180 meters that accompany this number, but we want to make special mention to those who have dared to tackle alone roll: Michael de Feo in New York, David Pedraza (Moze) in Amsterdam, Madrid and Carmen Pastrana Helena Gonzalez Saez in Bilbao.
We hope you disfrutéi s much as we have done.