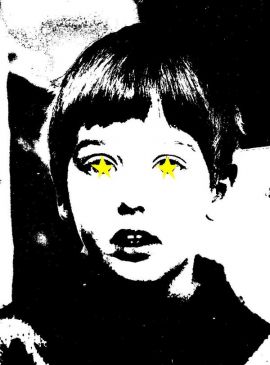 Mallorca has always been a fascinating place. Not only because of its strategic geographical location in the Mediterranean, but by the great capacity to bring together diverse personalities, abusive beyond tourism and the traditional spirit still resides inside the island. In a place so small, at sea, provided no s coming very interesting musical offerings, and the last we've found has been through referrals from the festival (((Gargallo))), where he played last time. It turns out this is a solo project where various influences collide and psychedelic experimental rock art. Nothing beyond the simplicity of a guitar, effects pedals I and an organ. Alex, 22, is influenced most interesting and unusual exploits in a product that also accompanied with a passion for photography and poetry macaroni hanging on your blog. The best way to see how his ego operates a look at the Vime oo Youtube channel, where cu ELGA videos that records his solo performances, the dining room. Has an EP dating from 2008, "Scarecrow " and hangs on free download on their myspace. It combines sound very interesting, recalling an impossible mixture of influences ranging from Kraftwerk to Sonic Youth. Do not miss "Panchromatic Panic " which is a delight. Rosemary's Babe. < / P>

+ Don Simal (A live veu) will be playing until midnight mixing lounge, downtempo and cosmic disco.

A VIVA VEU is a blog and a series of concerts that moved ONCE A SHOW FOR FACE MISCELLANEOUS cutting edge of rock, pop and electronic. We can be reached ...