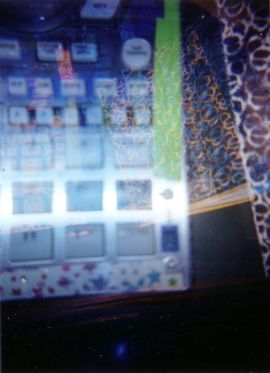 Larry Gus is a member of Ginger, writes songs and jingles for TV commercials at home, from samples and acoustic instruments, with mixed results, in any case. It shows great capabilities, especially as a person, but also as a non-musician. http://www.myspace.com/larrygus

Summer Recreation Camp is Cristian Subirá ( also a member of Coconot, Gargamel and Narwhal), an active member of the underground scene of Barcelona. Intense musician, dj, music journalist, promoter of DIY and sound engineer, Cristian began his musical adventure as a member of Dead Man on Campus. After two years of learning to make noise with the instruments, it becomes part of the prestigious COC Annatto (with Paul "El Guincho " Diaz and Jens Neumaier of 12twelve). After a year and a half of intense touring all over Spain and Portugal and two consecutive performances at Primavera Sound recorded their second LP. Summer Recreation Camp is the name that Cristian has made his music for the past three years ... a lot in the port & MB aacute; useful, but only two CDRs and a ribbon on his own label, Discos Compulsive / LUV LUV. Layers mutants, colorful space environments, trancy Voala Dronero, snakes and explosive anti-ritmos.http: / / www.myspace.com / summerrecreationcamp