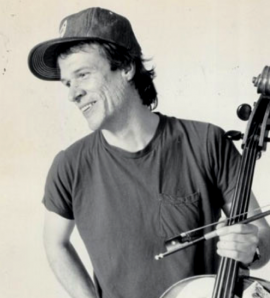 After such a positive balance with which we close the first 9 Caballoregalado dates have decided you start a second stage so that we can still find and enjoy music every other Wednesday in MISCELLANEOUS. Thanks to the support received from all of you in the pilot test of this proposal picks up the thread with great enthusiasm and energy & iacu I, a.

Caballoregalado returns from his observations with a concert a bit special. This time the hero of the night is not going to be in this body, what else quiséramos, but hope so in soul and mind of all that you decide to participate in this small tribute that we will do great and late cellist Arthur Russell. Perhaps u ne of the excuses for this tax may be the twenty-fourth anniversary of the implementation of "World of Echo ", the chief exponent of this "music that can no longer foot " as her father said. But do not really need any excuse to carry out and also just happen to read this data in Wikipiedia.

We in whether you are Vitaro Arthur fans know her or not (no average) to accompany us on the night of 22 for a hearing-tribute versions of several musicians have wanted to pay in Caballoregalado.