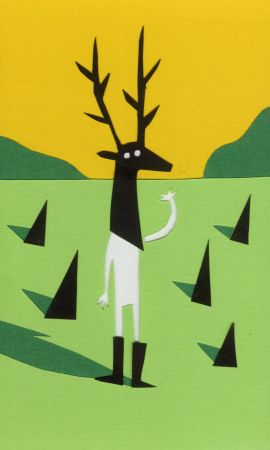 (1983, Zaragoza)
He studied graphic design at the School of Design of Aragon, and Illustration at the Massana School of Barcelona.
He has collaborated with the magazine twice quickly "(Ariadna editorial) in the collective album" Red Cap "and" Cast a shipyard "(Sins ense), published its first r comic solo "Julia and summer killed" by Edicions de Ponent, and the second, "Julia and the voice of the whale" the
last year which was nominated for best author Josep Toutain the revelation of past Hall of comics from Barcelona.

Obtained, among other awards in the event of c & Overhaul you; mic Injuve (2002 and 2003) in the sample of Young Art of Aragon (2005 and 2006) and the comic contest the social work of the Caja del Mediterráneo (2008 and 2009).
He has participated in several solo and group exhibitions among which the exhibition "The cartoon of Spanish democracy, 19752005," shows collective is organized by the Cervantes Institute, which has been seen in cities such as Brussels, New York or Sao Paulo.

"Bizarre conspiracy is formed by a bunch of images that try on their own come to light.
In my work as an illustrator and drawing comics, the images tend to be employed by a text, an idea, or a narrative sequence. But the images that are "foreign conspiracies" not are in the service of anything. Not even I have chosen. Have chosen them themselves and have decided to settle in my head. I've cut the paper only, with patience, and I've gotten into frames "
"I have many years of drawing, I can not do much more, working as a freelance illustrator, and drawing c & Overhaul you; mics. Seeking inspiration (and game) of bars with my friends, traveling and seeing things in museums or at home, in the old engravings in Europe and the Japanese in American concert posters in comics Sfar of Mignola and a million authors in some painters like Hopper or Basquiat, in the Burton films, Jeunet or Ly nch in Wovenhand discs, Arcade Fire, and Gang Gang Dance, in Paul Auster's books and fairy tales, in cartoons, in the cafeteria while reading the newspaper, sitting at the computer, and sometimes, but only sometimes also while I pretend that I can play the drums "