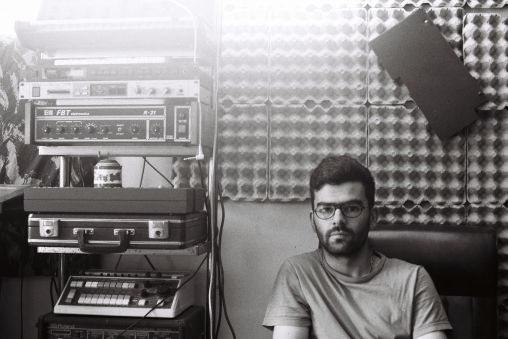 Pedro Augusto is Ghuna X, artist and producer based in Oporto for 10 years. Aside from being a fomenter of many events on the city and active player on the Portuguese electronic music scene, he's in charge of the independent label Marvellous tone, where he releases his work.His latest work includes soundtracks for theatre, dance and cinema, where he employs an eclectic electro-acoustic approuch to composition.The last one for the film "O Coveiro" directed by André Gil Mata has been recently released on the label . His work in collaboration with Black Bombaim for the album Titans and for Capicua's debut album have been widely acclaimed among Portuguese left-field music press.This is his first date in Barcelona and opens his central european tour.

Manta is the recording project of Barcelona-based portuguese Manuel Carvalho.

His music, based on synthetic timbres meshed with found sound, is exotic cosmic and lush; a succession of colorist sequenced patterns that evoque the new formulations of ambient music: transposed and reflexed. His last work has been released through the marvellous tone record label on cassette tape.