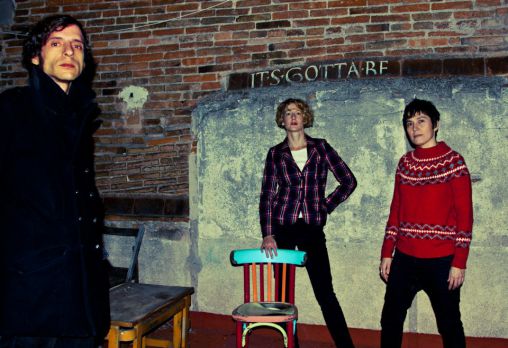 Presentation of "Little OuterSpace Almanac" the Lucius works here's second album on Foehn Records. The tracks on the album are all inspired by astronomy thanks to her stay in 2010 at the Astronomic Observatory in Castelltallat (Manresa) surrounded by nature and stars. The live show is an audiovisual project which goes by the same name as the album and is accompanied by the visuals of Oxlabb (Jordi Ferrera). This release features three vocal tracks by Luw who will be performing live on opening night.

Shakira Benavides is one of Barcelona’s underground music scene personalities whose work stands out of the crowd for not only opening Wah Wah Discos in 1992, a collector’s dream shop, but for spinning discs for more than a decade in innumerable clubs and festivals as well as hosting radio programs and appearing on BTV television. Years before, her life was already tied to music after singing and composing lyrics in a band when she was 15. In the late 90’s, she toyed with electronic music production but it wasn’t until 2004 with her project named Lucius Works Here that she would create alternative soundtracks for theatre, documentaries, and produce tracks which are more like sound designs. She has performed in various venues and festivals in Barcelona, Madrid and Santander. She has appeared in numerous compilations and in 2008, recorded a self-released CD Ep titled “Un Camino Escondido” and also released her CD “Un Mapa del Alma” with Foehn Records (the latter having made the Album of the Week list on the show Siglo 21 at Radio 3). She has collaborated with various artists from the city and is currently preparing a new album inspired by astronomy. In her work, she captures her own field recordings, makes use of samplers as well as monologues taken from films, and mixes them with her own compositions. The style is bright and organic, at times sounding like IDM, abstract hip-hop or ambient folk, and paints a myriad of sound landscapes.