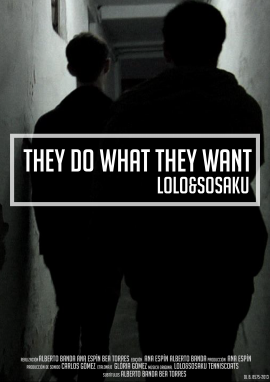 Presentation They do what they want, Lolo y Sosaku.

"They Do What They Want" Lolo and Sosaku shows, two artists who make their own instruments with wood, fishing line and magnets. With them create their personal universe-noise music.
The documentary directed and produced by Albert Band, Ana Espin and Bea Torres, not only records actions of Sonar and other art galleries in Barcelona, but shows the human side of the characters through some really fond of their daily lives . An everyday that invites reflection on life itself, music and art in general.