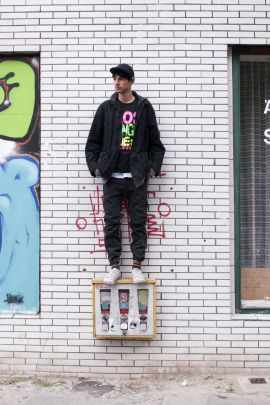 Gio aka My Dry Wet Mess mixes music impossible to dance to.

These are mixtapes dedicated to all kinds of unconventional sounds.

My Dry Wet Mess is the moniker of 30-year-old producer and visual artist Giovanni Civitenga, a Rome native who recently relocated in Berlin after spending four years in Barcelona.

MDMW's first album “Irrational Alphabet” was released on Daedelus' imprint Magical Properties in October 2010 to underground and critical success alike. Shortly after a bootleg remix of Flying Lotus’ ‘Pie Face’ was used to promote a MDWM appearance at LA’s Low End Theory, My Dry West Mess was asked to join the stable and ‘StereoTyping’ was released on Brainfeeder in November 2012.