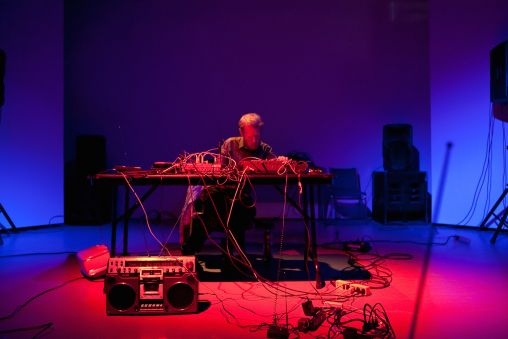 ENSEMBLE ECONOMIQUE (Denovali, Not Not Fun - US)

Like many others of his generation, the prolific recording career of Brian Pyle (creative brain Ensemble Economique and member of the exciting Starving Weirdos) is a sort of work in constant progress in which each new release is a fragment more in that biggest piece is the set of his discography. With works published in key labels to understand the current underground sensitivity and creative personality constantly expanding, each new release of Ensemble Economique is cause for celebration. In his albums for labels like Not Not Fun, Digitalis or Denovali find echoes of John Carpenter, Brian Eno, the most atmospheric shoegaze or Neil Young's "Dead Man", guided at all times by an adventurous spirit and improvisational which remains one of its constants. After several concerts in the Catalan city, Ensemble Economique comes at the best moment of his career, as his latest release for Denovali, Blossoms in Red. (Text Manel Peña)

An Tagen Jung is one of the aliases of the Austrian producer Stefan Kushima, that through other projects has released on labels like Not Not Fun or Blackest Ever Black and collaborated with Whitehouse, Faust or Kevin Drumm. Under Jung An tagen, the Viennese artist produces electronic music almost mathematical, a kind of puzzle composed of synthetic loops and beats Hi-NRG. After some releases by Orange Milk Records, Stefan is about to release an album by a well-known stamp Vienna ...